“EXIT, EXIT…Flee All About It!” 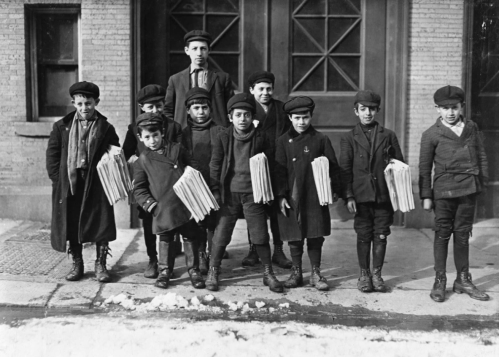 I was in London recently and noticed something strange while riding on the Tube (the local subway).  It struck me how almost everyone was reading a newspaper!  I worked for a newspaper, so this intrigued me since no one really does this in America anymore.  Nowadays, we get our headlines instantly on our phones or cable news networks. 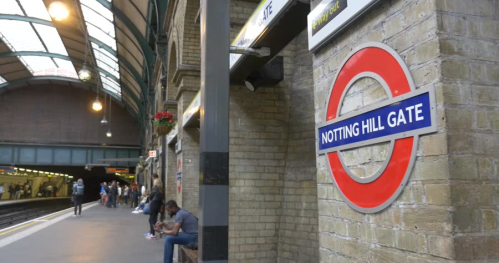 Jesus, according  to Bob Dylan, is a slow train coming

Another difference was the Tube stops along the line, like Piccadilly Circus or Notting Hill Gate, because “WAY OUT” marks the stairs to the street above. Most of us rarely notice the red EXIT sign above a door, unless there’s an emergency like a fire or an earthquake, so WAY OUT was pretty unique.  I mean on the flight over they make a point of directing your attention to the EXIT door, but most of us ignore EXIT signs, right?  But WAY OUT…no one misses that!

Biblically speaking, Jesus is the only EXIT door.  He said He was “the way (out).”  Note that He claimed exclusivity…to be the only way, the only truth, and the only life.  He disqualified every other religion with those words, or He was a liar (His recorded life in the New Testament would eliminate that possibility, as would insanity to make such a bold claim).

We will all exit this world, and it may be without warning.  I had a cousin die suddenly last week.  He visited his brother, played golf, went out to dinner, and then died in his sleep.  We were all shocked, and deeply grieved!  No one saw his exit coming.

Jesus, the only Way Out of our messed up lives

The Bible says if you exit without Jesus what is on the other side will be much worse than just death (Revelation 20:11-15).  In John chapter 10, Jesus told some religious big shots that being good didn’t matter and neither did their religion.  You have to go through Him, God in human form, and He even called Himself the Door:

“So Jesus said to them again, ‘Truly, truly, I say to you, I am the door of the sheep. All who came before Me are thieves and robbers, but the sheep did not hear them.  I am the door; if anyone enters through Me, he will be saved, and will go in and out and find pasture. The thief comes only to steal and kill and destroy; I came that they may have life, and have it abundantly.’” 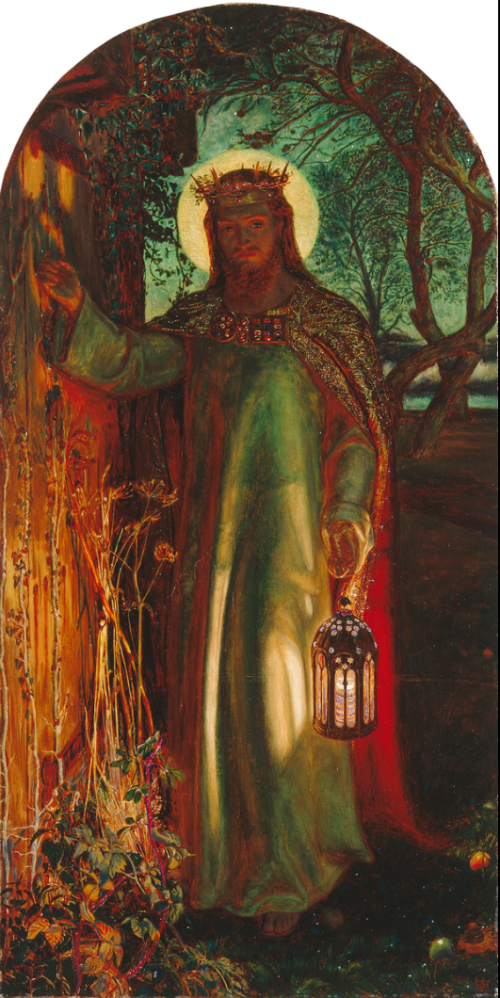 William Holman Hunt’s famous work has the doorknob inside

Years ago, when there was a big headline event paperboys hawked the special edition on street corners with the refrain, “Extra, Extra, read all about it!”  Today, Jesus is that big news story and those red EXIT signs you see every day are your warning that you’re going to exit this world.  They are also a reminder that Jesus is your only WAY OUT.  You can’t be good enough and religion won’t save you, so maybe open the door of your heart (Revelation 3:20). 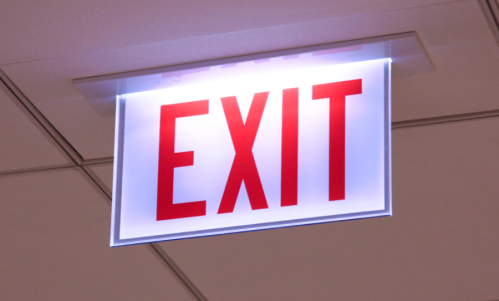 Your daily reminder to meet Jesus

The Apostle Paul wrote in 2 Corinthians 6:2 that now is the time to knock.

“At the acceptable time I listened to you,
And on the day of salvation I helped you.”