I love bumper stickers.  My favorite is, “God, make me the man my dog thinks I am.”  As funny as that one is, there’s another one that we’ve all seen that is a joke too, but in a farcical sense.  It’s the religious symbols that spell out COEXIST.

It’s a joke because these religions contradict each other with their own exclusive claims, but only one is corroborated by a resurrected Man; all the others are founded by dead men, who base their way to God on doing good works to appease Him for their sins (Galatians 2:21).  Truth cannot coexist with lies.  Jesus absolutely refutes them all.

“Some times all the truth can add up to one big lie.”  –Dylan

And they completely deny that Jesus is God and the only way to Heaven, as He said, so the bumper sticker is not being intellectually honest.  Only Jesus rose from the dead to prove His statement to be “the truth.”  Christianity is based on Jesus being God and the only way to Heaven, which is either arrogant or true.  Two plus two equals four, every…single…time. Truth is always absolute, and it usually has evidence and witnesses (1 Corinthians 15:1-8).

The Apostles saw Jesus live, die, and come back from the dead, and Peter said the same exclusive thing when arrested for this very truth, “And there is salvation in no one else; for there is no other name under heaven that has been given among men by which we must be saved (Acts 4:12).” 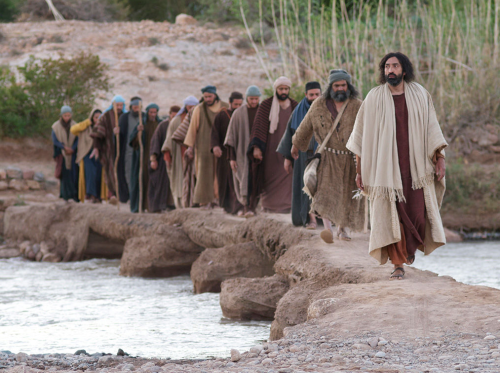 “And a few old fishermen….”

These eyewitnesses, who died for this truth and could have evaded execution had they said they made it up, claimed Jesus was the only way to Heaven.  Some may die for what they think is true, but no one would die for a lie.  “No other name”eliminates every other religion, no matter how sincere.

Just because Buddha, Confucius, or Mohammed are sincere doesn’t make their religion true.  Sincerity can be dead wrong if it’s not true.  Sincerely driving to Florida by heading west is the wrong way.  Jesus is absolutely exclusive by making this claim to be “the way,”but He is also inclusive by offering salvation to everyone.

Why does His brash claim bother us?  Because we want everyone to be saved from death and hope all religions lead to God.  If so, then mathematics is arrogant because two plus two equals four, and so is geography because Florida is due south, and Jesus is a bald-faced liar if He’s not “the life.”  Jesus made every religion false when He said, “I am the way and the truth and the life.  No one comes to the Father except through Me.”

Sometimes one lie can be fatal

So you can head west to Florida, and sincerely hit your brakes twice (and say it was four) to not rear-end the car in front of you (with the COEXIST bumper sticker), but if your brake line is cut…sincerity won’t save you.  The truth is you’ll wreck your car.  And the most loving thing you can do is to tell the truth, as Jesus said and did because He is the truth.