I Double Dog Dare Ya’!

He began to teach again by the sea. And such a very large crowd gathered to Him that He got into a boat in the sea and sat down; and the whole crowd was by the sea on the land.  And He was teaching them many things in parables, and was saying to them in His teaching,  “Listen to this! Behold, the sower went out to sow; as he was sowing, some seed fell beside the road, and the birds came and ate it up.  Other seed fell on the rocky ground where it did not have much soil; and immediately it sprang up because it had no depth of soil.  And after the sun had risen, it was scorched; and because it had no root, it withered away.  Other seed fell among the thorns, and the thorns came up and choked it, and it yielded no crop.  Other seeds fell into the good soil, and as they grew up and increased, they yielded a crop and produced thirty, sixty, and a hundredfold.”

And He was saying, “He who has ears to hear, let him hear.”

As soon as He was alone, His followers, along with the twelve, began asking Him about the parables.  And He was saying to them, “To you has been given the mystery of the kingdom of God, but those who are outside get everything in parables, so that while seeing, they may see and not perceive, and while hearing, they may hear and not understand, otherwise they might return and be forgiven (Mark 4:1-12).” 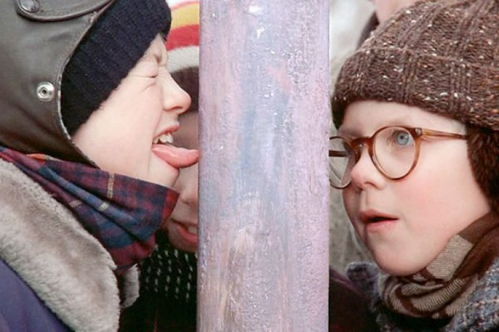 If I told you that 90% of American homes have indoor plumbing, but only 11% use it, would you think that odd?

According to LifeWay Research, 90% of Americans own a Bible, but only 11% have read the entire book. When I’ve asked people how much of it they’ve seriously read (and I’ve asked thousands) most admit less than 10%. Why is that?

Consider Jesus’ explanation, “The sower sows the word. These are the ones who are beside the road where the word is sown; and when they hear, immediately Satan comes and takes away the word which has been sown in them.” According to Jesus, Satan is real and actively prevents you from hearing and understanding the Bible because he doesn’t want you to know God’s big mystery.

Rather than give away Jesus’ big secret, let’s test His spiritual battle claim with a dare (Ephesians 6:12). Try to read the Gospel of John straight through (it’ll take two hours). No matter how hard you try, it will be nearly impossible. Give it a shot and wait to see the excuses and obstacles that just pop up. That’s Satan doing his job.

Here’s an easy link if you’re one of the 10% who don’t own a Bible in America:

The Gospel of John

Or maybe try reading just two small chapters with similar parables (Matthew 13, Luke 8), but I bet he’ll prevent you from reading these too. Hopefully I’m wrong and you finish John’s Gospel because then you’ll know Jesus’ big secret…if you have ears to hear.

A nice overview of John’s Gospel

Too busy?  Don’t care?  Afraid you won’t like His secret?  Then…I TRIPLE DOG DARE YA’!