“Veiled in flesh the Godhead see; hail the incarnate Deity, pleased as man with man to dwell, Jesus our Emmanuel.”

Charles Wesley wrote those words in 1739 for a Christmas day hymn, “Hark! The Herald Angels Sing.” The astonishing truth of what he wrote is sung every December with gusto around the world. It even made it into the best Christmas film ever, “It’s A Wonderful Life.” Specifically, that God miraculously took on human form, which makes complete sense if God (a spirit) wants to relate to us (flesh). If God wanted to communicate with ants, he’d become an ant, right? 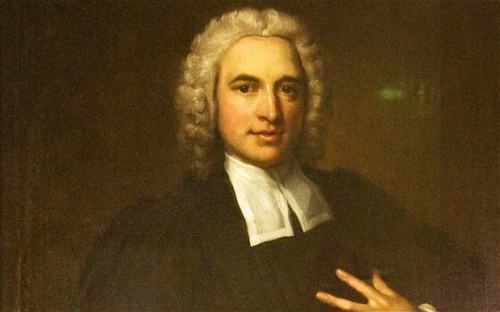 But many people are sick of Christmas. Consider this actual Scrooge-like take on Christmas: “How long do we have to put up with this? I used to like Christmas when I was a kid, but now it just gets to be a drag. It’s just commercialism and nonsense now. What’s the point?”

Can you relate to that Charlie Brown-like query too? If it’s true for you, then you missed the point, and you’d do well to listen to Linus’ famous answer from the Bible again (Luke 2:8-14). His answer is Jesus’ birth, “veiled in flesh, the Godhead see,” and it’s an epiphany! If you don’t see God-in-the flesh in Christmas, “our Emmanuel,” then Christmas is a drag. 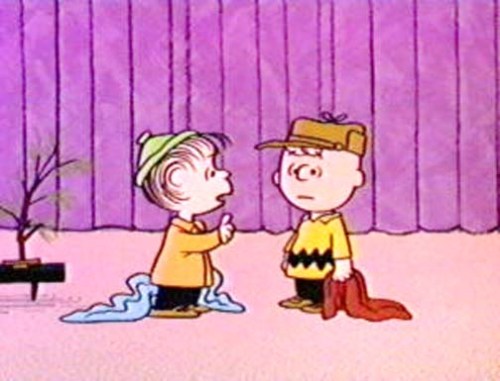 The Gospel according to Schulz

But if Jesus is Who He said He was, as the Old Testament prophecies foretold (almost 400 of them!), and proved it by rising from the dead, then Christmas is the most historic event ever (before the resurrection)! It’s impossible some say, but they probably have not investigated from the Bible what Wesley’s Carol proclaims. The mystery of Christmas, and in it not being a drag, is in discovering who this baby was in Bethlehem. 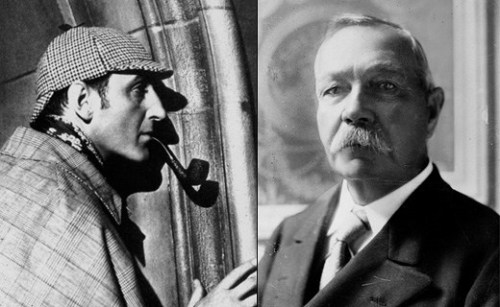 Doyle’s master of solving a mystery, Sherlock Holmes, said “when you have eliminated the impossible, whatever remains, however improbable, must be the truth.” There’s not room here to make a complete proof for his Deity, but consider chapter 5 in Micah and John. No one has any control over where they will be born, unless they are God. The prophet Micah wrote this over 700 years before Jesus was born, referring to the birth of an eternal ruler in a tiny town in Israel:

“But as for you, Bethlehem Ephrathah, too little to be among the clans of Judah, from you One will go forth for Me to be ruler in Israel. His goings forth are from long ago, from the days of eternity.”

Jesus said as much to the Jews in John 5:39, “You diligently study the Scriptures because you think that by them you possess eternal life. These are the Scriptures that testify about Me.” And again in verse 46, “For if you believed in Moses, you would believe Me, for he wrote of Me.”

Jesus either lied, was crazy, or He was God. “Word of the Father, now in flesh appearing. O come let us adore Him.” That’ll cure your Christmas sickness.