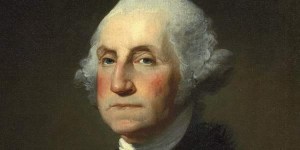 Victory at Yorktown is the third book in the series by Gingrich and Forstchen.

Initially, I read their series on The Civil War, which was fascinating because they had the Union lose at Gettysburg and re-wrote a “What if” history (it is a novel, after all).

Here’s the first novel in this American Revolution trilogy and an interview with Newt:

Can’t read enough about these men who sacrificed so much for us, but it’s bittersweet, heartbreaking really, to read about their incredible trials to give us our country’s freedom when we look at the selfish mess in Washington, D.C. today.

But if you love historical fiction, imagining what it may have been like to hear Washington, Lafayette, and Nathanael Greene speak, then by all means be sure to check out their novels.  They’re pretty entertaining.

Oh, and don’t be alarmed by that collective thump you may hear as you read about these heroic patriots…it’s just them rolling over in their graves as their souls are “tried’ once more.

Tagged as What I'm Reading Now